With the speed at which things happen today, we are somehow
convinced that things come to life seamlessly and easily – they don’t.

It was about two years ago when I decided that I wanted
and needed to start applying for an internship and
knew that volunteering was also something I wanted to do.
I was in my second year at UofT and after getting over the euphoria
of student life, I learned that I had to do more
than just read and study.
I had to get to work.

I also knew that I would get there on my own.
Call me stubborn or stupid- I never asked for a handout.
I had to figure it out for myself.
A friend of mine always says “the path less traveled”
and that sentiment is one that speaks to how I work. 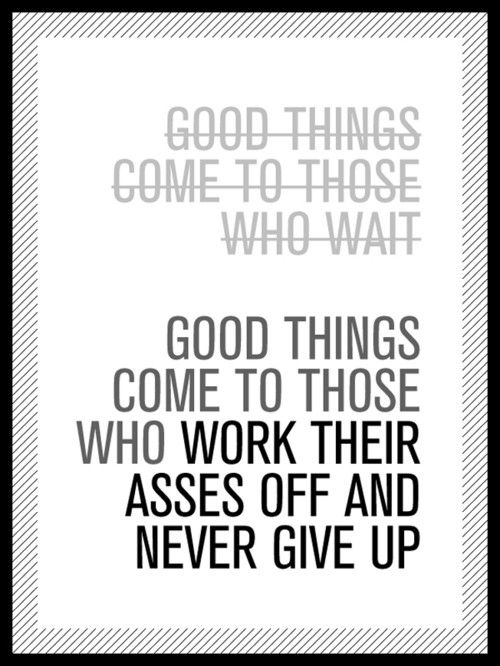 I remember, it was November of last year and I had
literally been going to interviews for internships-
going to offices of companies that I had emailed several times
to personally hand in my resume and not hearing back from a single one.

It. Was. Not. Easy.
I was not getting anywhere and at one point after months
of emailing and interviews and what felt like dead-end attempts,
I reached my limit- I cried SO much; I wanted to give up.

A few days later after hearing some encouraging words from Celeste,
I tried, again and my persistence and hard work got me
to where I am now.

While it may look ‘easy’- it is not always,
but, for me at least, that’s what makes earning
something all the more rewarding;
knowing just how hard I’ve had to work
to be where I am,
and this is only the beginning.

So, to anyone and everyone –
if you want it bad enough,
work-hard- really hard
and do not give up.