Embracing Your Strength; Turning Your Pain Into Your Power 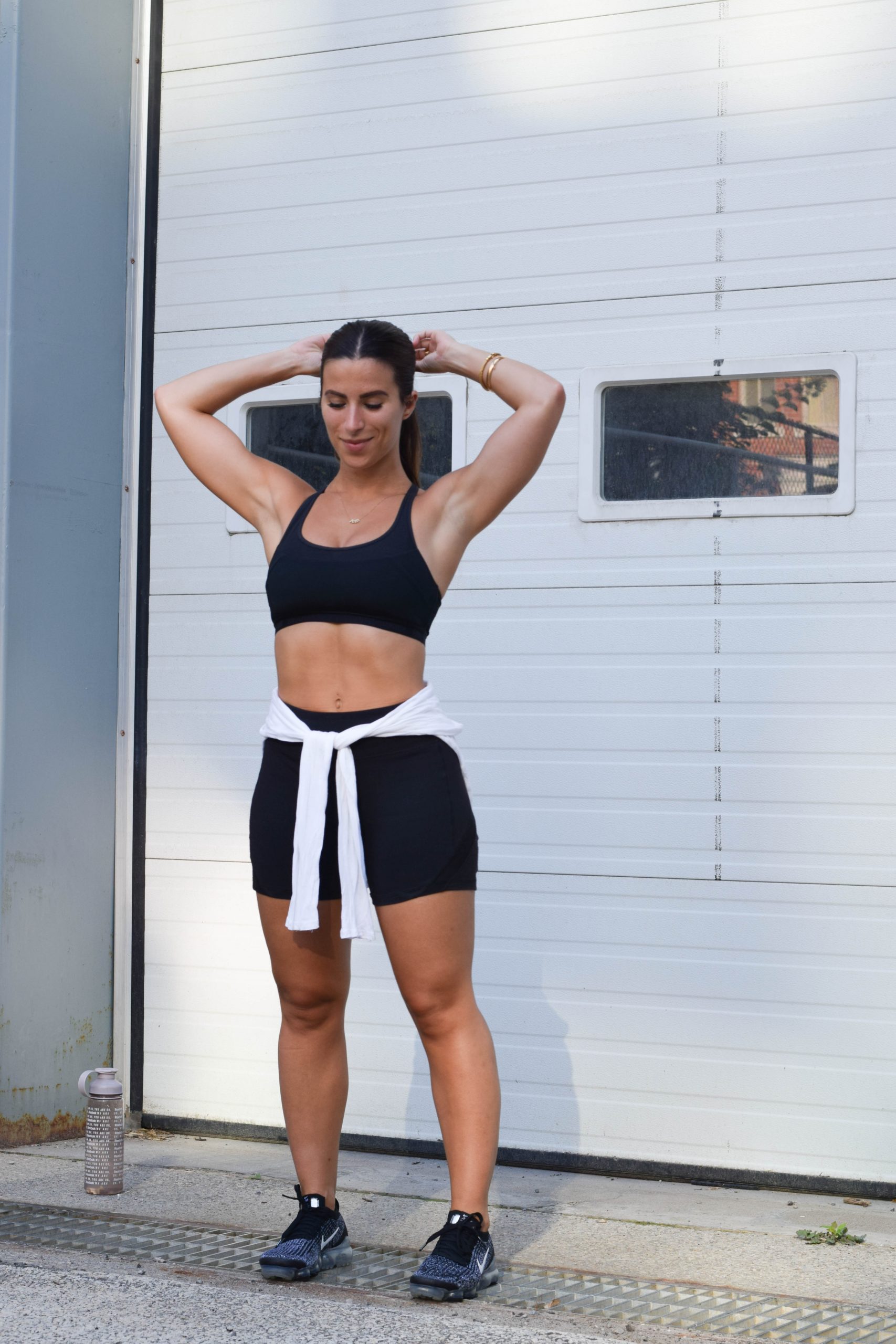 It started when I was in elementary school.

I was more muscular than the girls my age. I did gymnastics, took swimming lessons, played all kinds of sports and never sat still. Add those together plus some great genetics (thanks to my mom and dad) and my body was all muscle.

It started happening around grade 6/7. While my female friends were developing physically and interested in makeup and being “pretty” for the boys at school, I, on the other hand, developed a little more slowly (gymnastics), was more muscular and my only concern was beating my friends at whatever sport we were playing. My interests were different and I didn’t see it as a problem until the name calling began.

From being called a man, a hermaphrodite, hermy, and other names that I can’t bring myself to write, I was made to feel like a monster simply because I didn’t look like the other girls… simply because I was more muscular than they were… as though it was a problem.

I knew that I was different but it wasn’t until my differences were criticized and scrutinized that I started feeling like maybe there was something wrong with me.

My mother (god bless her heart) always made sure to tell me that beauty was skin deep and had nothing to do with my looks, but imagine telling a teenage girl who’s so awkward and trying to figure herself out, that looks don’t matter… it fell on deaf ears.

Instead, I started wearing loose, unassuming clothing. I wanted to be left alone and go unnoticed. I wanted the attention off my body and truthfully, I wanted the name calling to stop. It didn’t.

The summer of grade 7 I went to Portugal with my family. Now, keep in mind that I LOVEEEEE the ocean. I’m pretty sure I was a mermaid or dolphin in my past life lol. I was so excited for the beach but much less excited to prance around in a bathing suit. If you’ve been to Europe, you’ll know that in the summer, most women are in itty bitty tiny bikinis… the body is celebrated so wearing a full bathing suit (then) was unacceptable. So much so that my mom and aunt decided that I needed a bikini. I BAWLED! No lie guys. I cried so much.

I didn’t want to show my body because I was ashamed. Ashamed that I didn’t “look like a female”, that I “didn’t look feminine enough” (whatever that even means). And again, I was developing differently, trying to figure out who I was and instead of the focus being on my personality, it was on my body and I was deemed “ugly” because I didn’t look like the rest of the girls in my class. I mean, what developing, confused teenager wants to be ridiculed for not being “feminine enough” – as though my own insecurities weren’t enough? And to top it off, constantly being asked if I was a man… Those words plagued me. All I wanted to do was hide my body.
Regardless of my protests, the bikini was purchased; I put it on, went to the beach and wrapped myself in a towel.

To be made to feel like I was unworthy of being loved because I was different… Even writing about it now, I vividly remember feeling like I wasn’t enough. That maybe if I changed my hair, or trained less and did my makeup, that I would be accepted…

So why am I sharing any of this?

First, because I feel that it’s important to give you context. To tell you that I wasn’t always comfortable in my skin, that I suffered… a lot and it took a lot of growing and understanding to get to where I am today. It is extremely important for me to remind girls and young women that beauty, like my mom so often reminded me, is skin deep. Your beauty is not determined by how much or how little muscle you have, nor is your beauty defined or determined by anyone but you.

Second, because I want women and the young girls who may look like I did as a young teen to know that strength and strong, muscular bodies are beautiful and should be celebrated, always!

Right around the time that I was writing this post (back in March), a friend of mine reposted a story from Anne Matthews (@energytreeanne) who, in her IG story explained how she was called “butch” by a group of teenagers. Her response to the teenagers was that if “butch” meant that she looked strong and could take care of herself than she would take it. If being called those things was meant as an insult, it would be disservice to shame women for being strong.

Her stories reminded me of two things:
First, to respond to hurt people (because that’s what they are) with love and grace like she did. People will always be ignorant but responding with anger solves nothing. Instead we need to remind each other to stand together and lead with love.
Second, it reminded me to embrace and love my differences. Our differences are what make us unique and beautiful and we should explore our differences rather than feeling less than, because of them.

In hearing her share this story and then later reading @vendela share how she was bullied and called a boy at the age of 10 because she had abs, reminded me that I needed to share mine.

I wasn’t always this comfortable in my skin and it took years to understand that those words only had power if I let them have power. I embraced my strength and turned my pain in my power.

It’s also why I started StrongerwithKM. Instead of hiding and being less of myself so that I fit into someone’s idea of what a woman should be, I wanted to embrace my strength and determine for myself, who it is I wanted and will to be. It’s my mission to continue working hard and teach women to embrace their strength because being strong is beautiful and nothing to be ashamed of.

It is up to us to decide who we want to be and I want to be the kind of woman that encourages, motivates and educates women through fitness so that they can overcome limiting beliefs (beliefs I once had), embrace their strength and ultimately get stronger in their mind, body and soul.

We all go through hard times, but what determines who you are is how to rise from those hard times.
You are beautiful, you are strong, you are capable!

With lots of love, KM